Here Is The Review Of Disco Eye Stick- Were They Good Or A Flop?

Where Are Android Bookmarks Stored (2022 Version)

How To iPhone Tech

How to Factory Reset Your iPhone? [Ultimate Guide - 2022]

How To Make Social Media Videos For Free? 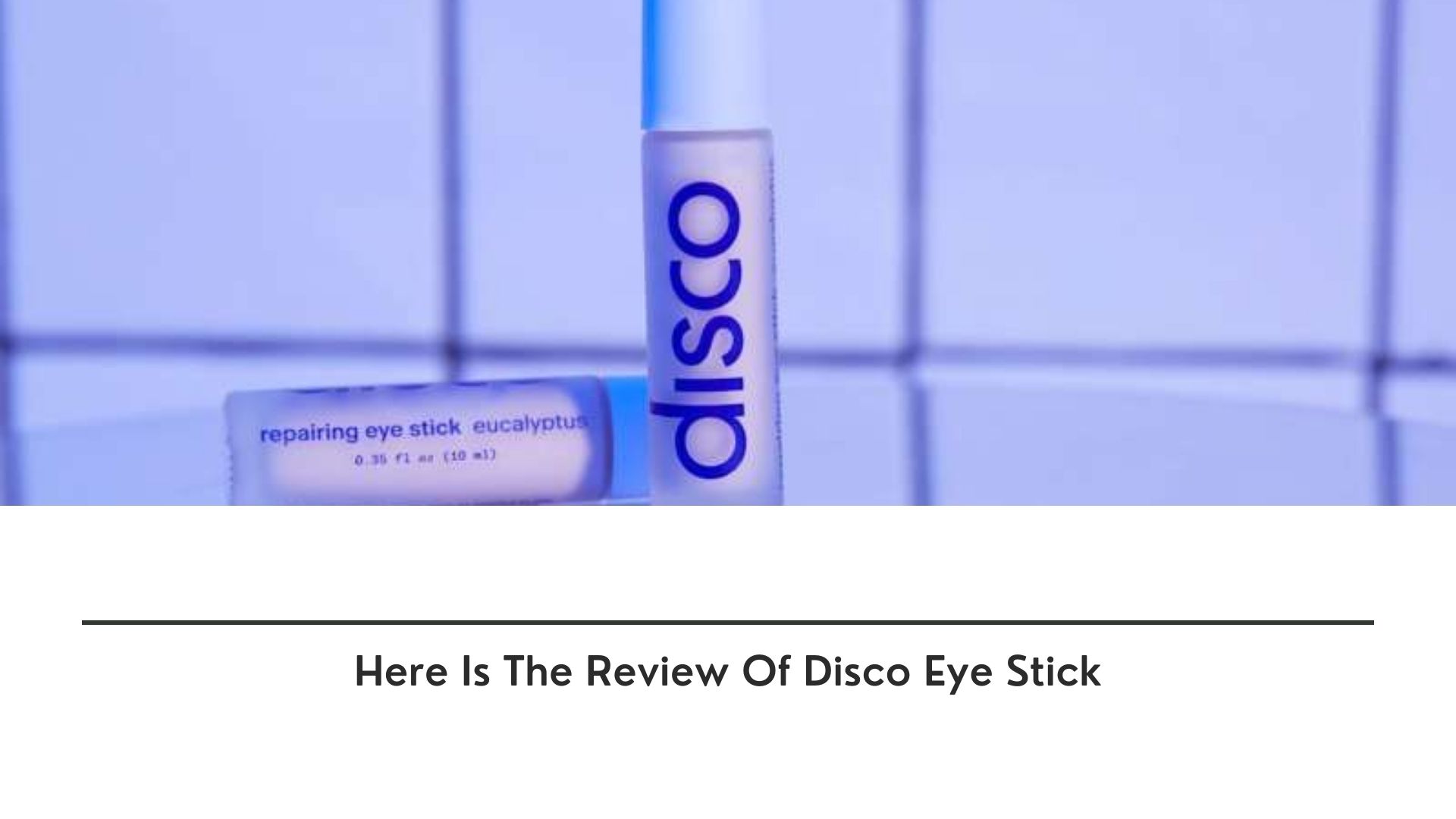 In my experience, many items marketed toward guys either include too much fragrance, are made with harmful chemicals, or just don’t exist.

Disco is a skincare brand that aims to flip the tables by creating effective yet harmless products for males. In a market where women typically have the upper hand, this online store challenges the false notion that males are forbidden from caring for their appearance.

Forbes, GQ, Men’s Journal, and Rolling Stone are just some of the magazines that have included a Disco eye stick review, attesting to the quality of their goods. The brand has 33,100 Instagram followers. Keep reading for the review of Disco Eye Stick!

What Are The Advantages Of Buying The Disco eye Stick?

Through the lens of marketing, masculinity can look extremely vulnerable. Products marketed at guys tend to be rendered in muted or black tones.

Some shampoos and deodorants are advertised with ludicrous descriptions, such as “anarchy,” “testosterone,” and “metal” (whatever that means). The ultra-tough style that most companies adhere to can become old, so I was relieved to see that Disco offers a welcome change of pace.

The company’s packaging is sleek, modern, and bright because its creators think men are entitled to nothing less than the best when it comes to skincare. It’s straightforward and masculine, and I don’t think you’ll be embarrassed to let people know about it. Customers may rest easy knowing that each product is made with only gentle, all-natural components.

What Are The Disadvantages Of Buying The Disco Eye Stick

Also read: What is an Employee Portal? and How does it work?

What Are The Main Important Ingredients Used In Disco Eye Stick?

We will need to assess the primary components, which include niacinamide, caffeine, and pycnogenol, in order to determine how well the Disco Eye Stick works. Let’s get started.

You are undoubtedly well aware of the benefits of consuming caffeine, which includes increased energy and the ability to focus better; but, were you aware that caffeine also delivers several benefits to the skin?

Caffeine is an antioxidant, and as such, it guards against the damage that free radicals can cause. When it is administered to the skin, it promotes vasoconstriction, which is a narrowing of the blood vessels. It is also a stimulant.

The elimination of excess fluids and the probable stimulation of the lymphatic drainage system by vasoconstriction can cause the skin to become more taut and firm after the procedure.

This impact also helps in reducing the amount of blood that accumulates under the eyes, which is a significant element that leads to the appearance of dark circles around the eyes.

In the end, this indicates that the caffeine found in Disco Eye Stick should be able to assist in reducing the appearance of under-eye puffiness as well as dark circles.

The fact that the Disco Eye Stick has a respectable amount of niacinamide, which is, in our opinion, one of the best components for skin care products, is something that we really like.

Niacinamide is fantastic for the following reasons: According to a study that was published in the Journal of Clinical and Aesthetic Dermatology, niacinamide has the ability to restore the skin barrier, increase skin hydration, reduce inflammation, and lessen the appearance of blotchiness, hyperpigmentation, and wrinkles.

Since niacinamide is a powerful antioxidant, it is able to deliver all of these benefits to those who consume it.

Antioxidants defend the skin against free radicals, which are unstable molecules that can cause harm to the skin by attacking vital biological components like DNA, cell membranes, and proteins like collagen. Antioxidants protect the skin from free radicals.

This type of damage is referred to as “oxidative stress,” and over the course of time, oxidative stress can contribute to the appearance of aging symptoms including fine lines, wrinkles, and discoloration.

An extract obtained from the pine tree native to the French Maritimes is marketed under the brand name pycnogenol. Pycnogenol is a powerful antioxidant that, similar to niacinamide and caffeine, can assist in mitigating the negative effects of oxidative stress.

In addition, the manufacturer of the product asserts that pycnogenol can help lessen the look of under-eye puffiness and dark circles. But is this really the case?

We found that the majority of the study on pycnogenol looked at the effects of taking the supplement orally. Studies that examined the effectiveness of a topical application were either conducted in vitro (in a test tube) or on mice.

A pycnogenol lotion was given to the skin of mice for the purpose of this study, and the researchers came to the conclusion that the lotion “appears to have potential in providing photoprotection for people in a complementary function with sunscreens.”

This implies that it has the potential to help protect your skin from the harmful effects of ultraviolet rays, but you should still use a sunscreen with a broad spectrum every day.

Even though not much research has been done on the topical application of pycnogenol, we do know that it should have antioxidant and anti-inflammatory benefits.

Related Topics:
Up Next

Where Are Android Bookmarks Stored (2022 Version)